Have you ever found yourself in interactions which just never seem to resolve themselves? Wouldn’t it be nice if we could resolve every conflict or disagreement without it leading to resentment or further conflict? Wondering how to communicate better with your spouse, girlfriend or boyfriend, friends, family and others?

While it’s not always possible to see eye-to-eye with others, there are certain ways in which we can approach communication which will inevitably lead to clearer, more productive and more loving interaction.

As a psychologist, facilitator, and father, I’ve learned a few things on how to communicate better for effective communication and harmonious relationships. Here are my 8 tips for better communication, that you can put into practice today:

1. Understand that whichever buttons get pushed are YOUR buttons.

I’m diving straight in with the hard truth here, but the understanding of this is really the basic foundation on which good communication can be built. When someone says something or does something that makes you angry, frustrated and tight, that tightness is coming from some conditioning within you. Most of the time it’s due to a self-limiting identity (“I am this/not that”) which gets challenged by the other person.

Learning to look within and take responsibility for your stuff is extremely self-empowering as you realise that nobody else is to blame for your suffering. That is not to say that I’m condoning abuse – if someone is abusing you in any way, you might want to consider just getting out of that situation.

2. Know that everyone has their own way of seeing the world.

Your truth and my truth may be different, but they are both equally valid. You don’t have to agree with someone else’s perspective. However, honouring it as their truth can have a massive impact on a healthy conversation.

If you get triggered in an interaction with somebody, it’s important to honour your feelings and express them. However, with the understanding that the other is not to blame for how you’re feeling – that it is YOUR reaction – it’s important to express it in a way that doesn’t project onto the other person.

Take yourself off to a private space (even if it’s the toilet), shout, throw your arms around, beat up a pillow or cushion.  Then bring yourself back to the conversation with new clarity on what your truth is.

4. Recognize the difference between empathy vs. sympathy.

Empathy is where you meet a person wherever they’re at in their experience, without trying to change it – just being with them. It can be very beneficial and healing for those around you.

5. Consider the energy you’re bringing to the conversation.

This is hugely important point to remember. The way interactions go with others is much less influenced by what you say than by the energy you bring to the interaction.

Aggressive, challenging energy will likely be met by retreating or more aggression.

However, compassionate yet clear energy will likely reflect the same back. Even the most aggressive conversationalist will be disarmed if their attacks go nowhere.

6. Accept that you can’t walk another’s path for them.

When are you more likely to learn a valuable lesson and retain it – when you are told it, or when you realise it yourself? If you see something that a person could benefit from learning from, don’t just point it out to them – unless this person is completely dedicated to their own self-realisation and actively working with their ego, they will likely react negatively.

Instead, try asking open, thought provoking but non-invasive questions, such as “how does this make you/other people feel?” You can always give a perspective, as long as you make it clear that it’s your own experience.

7. Know yourself (and your boundaries).

Often in emotional or intellectually complicated conversations it can be easy to become confused and ‘fuzzy’ about what your stance is. Suddenly you’re no longer able to express something that seemed so clear before (or even after) the interaction.

The best way to remedy this is self-realisation. The clearer you are about yourself, how you see things, and what pushes your buttons, the more clarity you’ll bring to the conversation.

Knowing your personal boundaries is extremely important. When you feel like a boundary is being pushed, expressing in a clear and calm way will likely generate a calmer and more respectful reaction, even if the other person does not like what you say.

There’s often no way in conflict situations to come up with a solution which suits all parties 100%. So, sometimes compromise is needed. The great thing about compromise is that it honours the individual truth of each person involved. Even if no-one gets exactly what they want, they will come away feeling that they’ve been heard and respected.

Did you like these tips for better communication? If so, checkout Richard’s book, Awakening through Change:

Richard West is a psychologist, spiritual facilitator, author of the book ‘Awakening through Change’ and a caring father. He facilitates the shift into a new paradigm by catalysing a parting of the waves of the old 3D consciousness to the empowered and free 5D consciousness. Specifically, he focuses on supporting people through relationship changes and facilitates soul sovereignty away from emotional dependency. Check out his website: www.partingthewaves.com 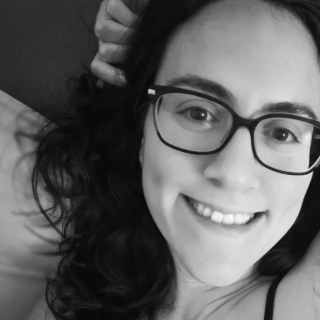 Chelsea is a content manager & workshop leader specializing in honest communication, intimacy, relationships, and wellbeing. A Radical Honesty Trainer Candidate, she's dedicated to creating a world in which people are there for each other. She studied Philosophy and International Management in the United States and Germany before settling in her current hometown of Linz, Austria.

VIEW IN YOUR LANGUAGE